Why Choose Our Private Allergy Relief Clinic In London?

Our Canary Wharf clinic location is perfect for those working in the city but also, the great transport links make accessing the clinic very easy from all across London.

After hearing our patients demands for a London clinic, we decided this would be the perfect hotspot, as it is so easily accessible.

With just a short 11 minute walking journey from Canary Wharf station, only 6 minutes via the DLR from Westferry and the D8 bus taking you just a 5 minute walk away, the clinic is easily reachable via public transport.

For our patients who choose to drive, we have a paid car park but we will refund this expense as part of our service.

Our London allergy clinic is located on the Isle of Dogs in the London Borough of Tower Hamlets, you will find London’s central business district; Canary Wharf. A bustling hub surrounded by stunning modern architecture, world class shopping outlets and attractions, grand public spaces and spectacular bars, alongside hundreds of eateries. Canary Wharf is also home to the Museum of London and the world famous Billingsgate Market.

Just east of the centre of London in Zone 2, Canary Wharf overlooks the River Thames and many of the city’s popular landmarks but is best known for being an international hub for business; boasting luxurious residential complexes and being the base of many major financial business giants.

With thousands of people commuting to and from the area every day, Canary Wharf’s transport links are second to none.

The hay fever jab: all you need to know

The hay fever injection is called Kenalog, which is the brand name for Triamcinolone — a corticosteroid which works by suppressing the body’s immune response to histamines, thus relieving symptoms.

In some people, the immune system acts abnormally to certain things, producing antibodies because it thinks it needs to protect the body against it.

When the body comes into contact with these, instead of accepting it normally, it causes an allergic reaction. In hay fever sufferers, the allergen is pollen and the type you’re allergic to varies, with different pollen releases being higher in different months.

The hay fever injection is a dose of corticosteroids, which temporarily suppresses the immune system and can stop this ‘haywire’ reaction.

The injection can be administered at any time during pollen season and effects can last from 3-6 months on end. 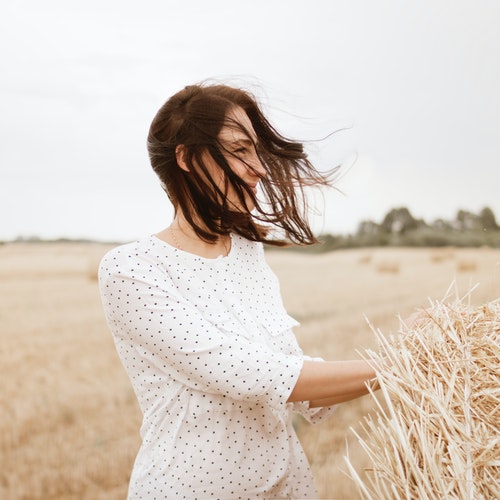 Administering the Kenalog hayfever injection is a seamlessly quick and painless experience.

Prior to treatment, one of our experienced clinicians will conduct a complementary face to face consultation.

Is this treatment right for you?

Within the consultation we will discuss your concerns and medical background whilst explaining, in detail, as to how the hay fever injection procedure takes place. This will include the benefits, the risks and possible complications as well as possible results.

During the procedure, you will be injected with the Kenalog into the buttocks area. One injection is necessary. 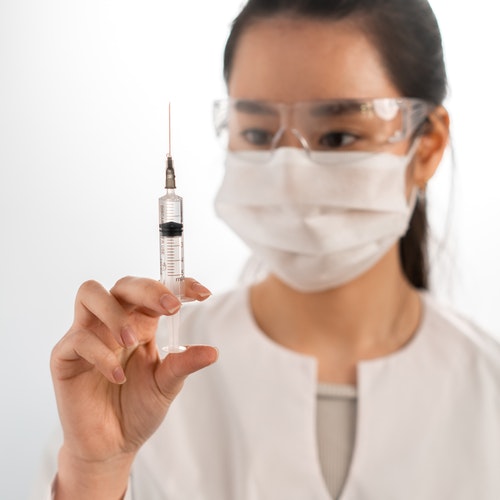 How Does The Jab Work?

Once the steroid is injected, it slowly leaks from the muscle for three to eight weeks and travels throughout the body.

The hay fever injection works by temporarily suppressing your body’s immune response for long enough to relieve symptoms for up to 6 months.

How Do I Book An Injection At The Clinic In London?

To book here at the Allergy Relief Clinic In Canary Wharf, please fill out the booking form so that we can fit you in at your preferred date and time.

How Long does the effects last of the hay fever injection

Effects can last from 3-6 months on end.

How long does it take for a hayfever injection to take effect?

Usually, you can feel the positive effects of the hayfever injection within 48 hours but it may take up to 10 days to see the full results.

Do You offer parking at your clinic in London?

We have a paid car park but we will refund this expense as part of our service.

Benefits of the jab

While the hay fever injection can be life-changing for some, it should only be used when other treatments have been exhausted and is intended for those who suffer severely with hay fever.

Having the kenalog jab as opposed to tablets, sprays or drops, is more cost effective and for the most part will guarantee results. There is no fear of forgetting to take medication, nor the feeling of disappointment when this is not effective.

Side effects of the jab

As with all prescribed medications, there is a possible risk of side effects. During your consultation, our clinicians can advise on the concerns associated with the prescription of steroids for general use, however, with the dose administered for the hay fever injection, these are extremely rare.

See what our patients say about us

“My hay fever was really bad, but I had the 80mg dose and now I’m symptom free!”

“I had my injection a few weeks ago. It’s brilliant!”

“Just wanted to say thanks! Feeling very good so far, will be in contact yearly?”